UWN member promoter Mark Vaughn has added the city of Sherwood, Arkansas to the tour schedule with an event on April 6, 2019.

“The city of Sherwood in the Little Rock-North Little Rock-Conway market boasts access to an incredible market which should lead to a fan-filled night that our fans in Texas, and Louisiana, have become accustomed to. Entering the Arkansas market has always been a goal with my Main Event brand as we claim to be the best in the Ark-La-Tex and with the Little Rock area as the foundation of that growth, we rightfully will be”.  – Mark Vaughn, Main Event Pro Wrestling, President.

The event will take place at the Sylvan Hills High School and will assist in supporting the Sylvan Hills wrestling program. A “Press Conference” will precede the live event at Russel Chevrolet in North Little Rock where fans can interact with the superstars of MEPW via a question and answer session with interviews concerning the bouts scheduled for the evening. 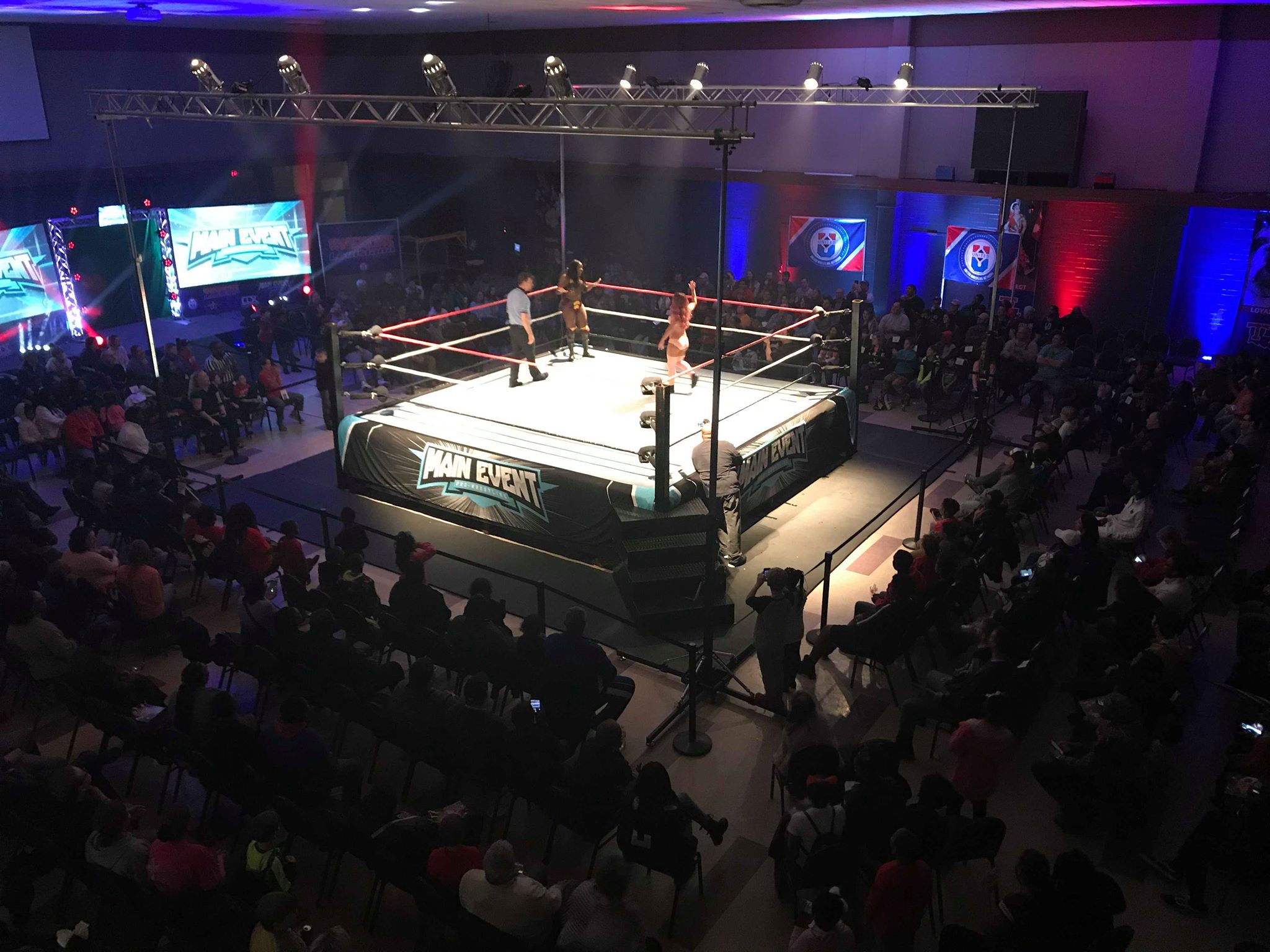 Each event just keeps getting bigger and we’re stacking the deck on this one!

#FUTURESHOCK is LIVE from Louisana Tech University on DECEMBER 8th at the Student Activity Center presented by the LaTech IFC!

Main Event Pro Wrestling will see new debuts such as the WAR KINGS! After the announcement of the return of the Crockett Cup in 2019 at #NWA70 they arrive staking their claim as the top tag team in the sport of pro wrestling along with the debut of UWN competitor, Suede Thompson!

Tickets are on sale at Jim Taylor Ford in Ruston as well as the Suddenlink Ruston location. You can also pick them up online at:
www.MAINEVENTPROWRESTLING.com
For more information call: 318-617-0921

Advance Tickets are only $10!
They’re only $5 with your current LaTech, Grambling, or ULM I.D.! All seats are $15 the day of the event.

UWN sanctioned Main Event Pro Wrestling will host it’s annual event “KINGS ROAD” for the fourth consecutive year with the event taking place in Logansport, Louisiana. The traditionally Texas based event has featured over the top entrances and showcasing the best competitors from the spring tour.

New Orleans based “Wildkat Sports & Entertainment” homegrown talent, Curt Mathews puts his regional championship on the line against former champion “Smashing Machine” Scott Murdoch. The former Southern Central States champion Murdoch, won a match in early May in Tyler, Texas to earn a rematch for the title he lost in April.

The Pillars of Destiny, comprised of Hunter & Titan will challenge “Chocolate City” Big Daddy Yum Yum & Action Jackson for the Main Event Tag-Team Championships. These teams have feuded for the greater part of this year with the titles swinging back and forth and Chocolate City heading into this contest as the defending champions. The Pillars of Destiny have made their rounds on the Texas wrestling circuit and both have competed at Rocky Mountain Pro in Colorado under the UWN umbrella.

This event showcases the best parts of Main Event Pro Wrestling and will be a can’t miss event in the Ark-La-Tex. For more information follow Main Event on all social media platforms @officialMEPW & www.maineventprowrestling.com

The Superstars of Main Event Pro Wrestling are coming to Caldwell Arts Elementary with an action packed line sure to please fans of all ages! This family friendly event will showcase the hottest touring brand in the sport of pro wrestling with its amazing performers, brilliant light show, and drama filled situations that play out in front of the live audience.

Former MEPW Tag-Team Champions HUNTER & TITAN will battle ACTION JACKSON & BIG DADDY YUM YUM for the championship belts they once held. The heinous VORDELL WALKER gets his rematch against NATE JOLLY aka “Johnny Swole” for the heavyweight championship and “Smashing Machine” SCOTT MURDOCH will lock up with “The Living Proof” JASTIN TAYLOR for a chance to climb the title ranks. Lucha Libre Star ESTRELLA GALACTICA and cruiserweight wrestling sensation BARRETT BROWN will also be in action and so much more!

Make your plans to be there now and help raise funds for the Caldwell Fine Arts Program! #MainEvent #JoinUs

Main Event Pro Wrestling heads to the heart of the old Mid-South Wrestling territory with a huge event emanating from Shreveport, Louisiana which was the base of operations for Bill Watts storied wrestling program for many years taking place on February 03, 2018. Huntington High School hosts this mega event featuring the superstar roster with world class athletes such as former WWE & New Japan Superstar and reigning MEPW Tag-Team Champion Big Daddy Yum Yum and his partner Action Jackson. Luchador Estrella Galactica returns to MEPW action and the homegrown Southern Central States Champion Scott Murdoch will defend his championship. Making this event even more incredible is the fact that Dr. Death Steve Williams originally trained Big Daddy Yum Yum & Scott Murdoch locally in Shreveport. Dr. Death would be a mainstay all over the South as well as Japan making a name for himself on the Mid-South Wrestling circuit. Other native talents include Wildkat Wrestling Champion J Spade & Bu Ku Dao who come from Luke Hawx New Orleans based wrestling company in action along with Johnny Swole and a host of others. Matthew Roblez, known as the MK Bandit in wrestling circles returns to manage an unnamed superstar on this historic night on February 3, 2018. This incredible night of United Wrestling Network sanctioned action will also play tribute to Black History Month celebrating local leaders in the area while at the same time highlighting the huge impact of pro wrestling returning to Shreveport after such a long hiatus.